I had a colleague who was a wiz when it came to copywriting and editing. Her attention to detail was unrivaled in the office. She was reliable, often tackling tasks before others asked her (foreseeing where something could have gone wrong and addressing it).

Alternatively, she was socially aloof and emotionally withdrawn from most of the office, eating lunch alone in her office and avoiding what she thought was unnecessary “small talk.” People in our organization knew this about her. It was common for coworkers to discern a modicum of irritation when they would approach her with follow-up questions regarding a project they were working on. She would support where she was needed but in a way in which one couldn’t help but feel like they were burdening her. Yet, she hardly said anything about it explicitly. It was communicated in her body posture, her eyes focused on her computer screen, the neutral tone of her voice, and the emotionally muted way she spoke to team members.

[Read “How to Best Work with Analyzers”]

As a result, colleagues would find ways to avoid having to “bother” her. Some saw little reason for them to share their weekend plans with her or to include her in after-work social outings—thus, little social capital was built between her and the rest of the team. This led to breakdowns in communications, delays on deliverables, and a drop in performance (accompanied by a decline in morale). When friction developed, she had a difficult time understanding why team members were hurt, expressed frustrations or found collaborating with her to be difficult. She was doing her job, and she thought, excelling at it.

We respected her but we didn’t trust her.

‘They Trust Her But Don’t Respect Her’

Just as my colleague was exceptional with tasks but lacking on the relational aspect, one can be very trustworthy but fail to command much respect. In contrast, I had another colleague that was gregarious, warm, and very interested in the lives of our coworkers. She would often visit my desk to see how I was doing or to joke about her recent dating snafu. Everyone found a friend in her.

[Read “What to Do When Working with Persuaders“]

Sadly, she was an under-qualified program manager. Her responsibilities overwhelmed her. She would forget key steps in event planning and frequently failed to notice spelling errors on the program materials she produced. This created unnecessary work for the rest of her team, which, while a high level of trust existed between them, they didn’t respect her. They doubted her ability to perform and occasionally resented her when she blundered subsequent projects.

Successful Organizations Excel at Both

When levels of trust or respect are low, collaboration becomes a burden, and teams struggle to perform at their highest level. The energy that could be spent on meaningful productivity dissipates as it’s directed toward correcting and fixing problems.

So, if you feel that you’re technically skilled and “doing your job” it doesn’t hurt to reflect on the ways in which you might be neglecting to build trust among your colleagues. Conversely, it’s wonderful to have friendships and the trust of your teammates but don’t let that blind you to the reasons why you might be lacking their respect. Some company cultures emphasize one virtue over the other or settle for excellence in one while accepting mediocrity in the other, but truly successful organizations foster both values—as do genuine and meaningful personal relationships. 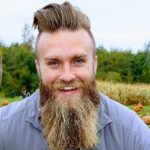