English as a Second Language

I grew up in California, in a Central American Spanish-speaking household. At home, we customarily used command phrases and vos as the preferred second-person pronoun (also known as imperative mood and voseo, respectively) to command, apologize, give permission, invite, or to give suggestions in a direct manner. For me, in my native tongue, communication that expressed familiarity was best kept short and sweet.

I learned English when I was in preschool and became fluent within a year. From then on, English came to me as easily as Spanish. I rarely thought twice about my command of the English language…until I took on leadership roles in my career.

In a leadership role, I noticed that my intentions were, at times, misconstrued in translation. Instead of understanding my casual use of command phrases as respectful and efficient, I was coming across as bossy, rude, or arrogant. This was especially true in working relationships that depended on emails as the primary source of communication.

As someone who highly values community — and the use of interpersonal sensitivity to connect and empower — I found it imperative to learn where the disconnect was happening. I was eager to pivot as quickly as possible to align my intent and impact.

After discussing how my communication preference was landing with my team, the feedback predominantly pointed to my usage of command phases in communications.

New Awareness and a Choice

The Spanish language is a dimension of my culture and identity. Central American Spanish as my first language influenced a bias that showed up in my behavior/communication style. My (then unconscious) bias for direct and concise communication was not landing the way I intended with everyone.

In my career, I find that awareness of the many and intersecting dimensions of identity, and their influence on behavior and perception, is foundational to sustainably advance an organization’s Diversity, Equity, and Inclusion (DEI) efforts.  Organizations need to design and implement holistic frameworks that encompass balanced systemic (internal and external) efforts, interpersonal efforts, and intrapersonal efforts. Furnishing resources that elevate the ability of a team to embrace and uphold equitable systems at work are crucial.

I offer the Behavior Styles training with a racial equity lens as a resource that supports the intrapersonal and interpersonal DEI efforts. Behavior Styles helps teams to decentralize the notion that there’s one correct communication and behavior style at work.  This training raises awareness of one’s behavior style preferences, choices, and the understanding of the potential impact on others. Further, it provides the space to reflect on the dimensions of identity that may influence behavior styles. Elevating the awareness of these dynamics helps us focus on pivoting behaviors as an informed choice — imperative to cultivating intentional inclusion in the workplace. 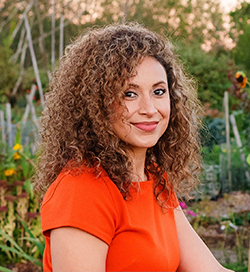 Conversations at the Institute with Brenda Suazo

She brings ten years of professional experience building long-term leadership capacity within businesses, schools, and non-profits through the work of organizational development in DEI. Brenda is the proud daughter of Salvadoran and Honduran immigrants and a first-generation college graduate with a bachelor’s degree in Global Studies and a master’s degree in Global Leadership & Sustainable Development.